The Liz Gherna Band played to a full house last night, with favorite hits and new ones played by the band.

The highlight of the evening was when Cait Raft joined Liz on stage for Dreams.  “My niece, Cait Raft, has been singing this song privately with me since I wrote it,” said Liz. “It’s called Dreams. It was on the set list and since she was in attendance I invited her up to the stage to sing it for me. She nailed it. Fearless.”

The phones were out and pictures and videos taken and a flutter of comments on social media added to the hard folk love the well attended show produced:

Said Patsy Coyne, “Great job….loved listening to you, Liz and the band…..you should do this more often.”

Added Sharon Williams, “Had a blast tonight! Must do it more often. The Liz Gherna Band and Bobby Cuff with Grievous Angels were Awesome and the Scarlet Lady Saloon is a pretty cool spot. Looking forward to the next time with Samuel LaSan, Joy Watson and David Orenstein.”

Maurice Cooper of Grievous Angels said, “Great set Liz Gherna….always a pleasure be on the same ticket with your band…on to the next gig….long live the music of the people!”

Take My Heart was captured by Rick Bryan: 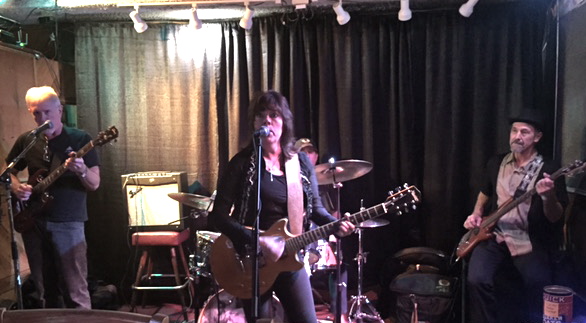 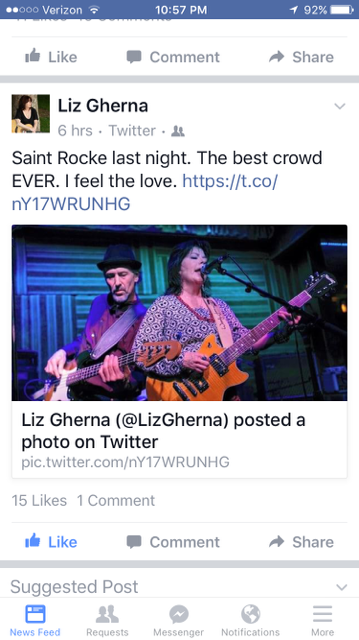