The crowd was on the floor, dancing and jamming with Good for Me, a new song written recently by Gherna and introduced at Saint Rocke.  A punk rock song, it features driving guitar riffs, cracking drums and a few f bombs.  “Awesome. Get down!” commented Gregg Wietstock in social media buzz.

Liz Gherna also performed a new addition to the set, a cover of Essence, by Lucinda Williams, and it featured special guest Amy Clark Moura on background vocals.

Charlie Steffens was on hand for photos (see featured photo above), as was Neal Shelton on tech support – which proved crucial with a necessary equipment change mid set. Mike Leon assisted as well.

Also performed: My Stew Blues, Good Love, I Just Wanna Belong, My Life on Fire, Piece of My Heart, and Bossa Nova.

A soundmix was recorded and may be turned into a live album. Videos are featured on YouTube at https://www.youtube.com/user/lgherna1, and a variety of photos, videos and discussion are on Facebook at LizGhernaMusic, Twitter at LizGherna and Instagram at LizGherna. 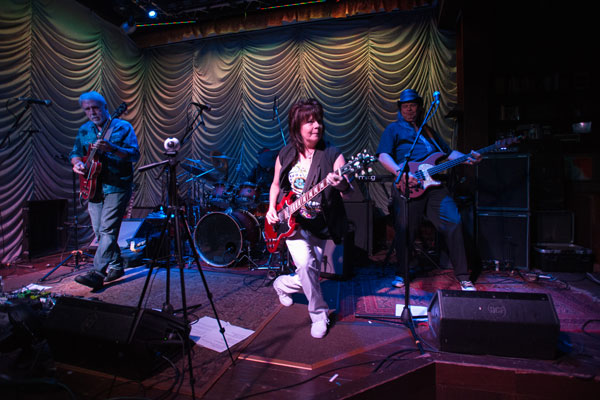 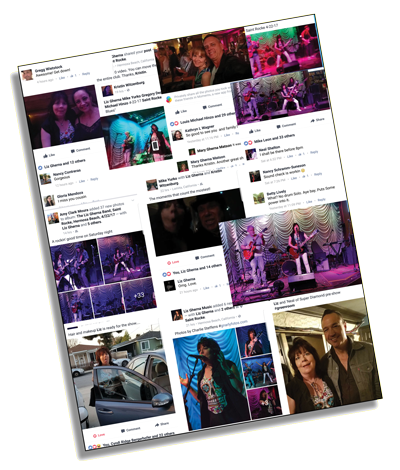